Fr Kavungal Davy, CMI, was born and raised in Kerala, India. He is a member of the religious congregation of the Carmelites of Mary Immaculate. His 93 year old mother and siblings live in India. He joined the seminary after acquiring a bachelor’s degree in Zoology. He did his seminary formation in India and his pastoral year in Kenya, East Africa. Fr. Davy was ordained a priest on December 27, 1996. After his ordination, he served one year in India and then did mission work in Kenya for eight years. He founded a Catholic Primary School in Kenya.

He commenced his ministry in the United States in January 2006 in the diocese of Covington, Kentucky. After serving more than 7 years, he took a sabbatical year. In June 2014, he started serving in the Diocese of Brooklyn, New York. He was the Pastor of St. Anthony – St. Alphonsus Parish, was CMI Delegate Superior of USA and Canada and was the Dean of Brooklyn 1 Deanery.  Fr. Davy was named pastor of St. Mary Parish in October 2020.  Besides English, he speaks Malayalam, Spanish and Kiswahili.

So after serving in the suburbs in Kentucky and in the city of Brooklyn, Fr. Davy finds Sacramento as his new peaceful home. He feels so blessed to be a member of St. Mary’s Parish and School family. He finds very hospitable, generous, vibrant, faithful and dedicated members in the parish and school. Let us keep him in our prayers to serve our parish sincerely and faithfully. 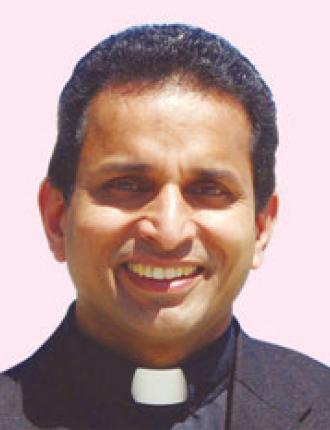